Marsala, a reflection on the spirit of the times 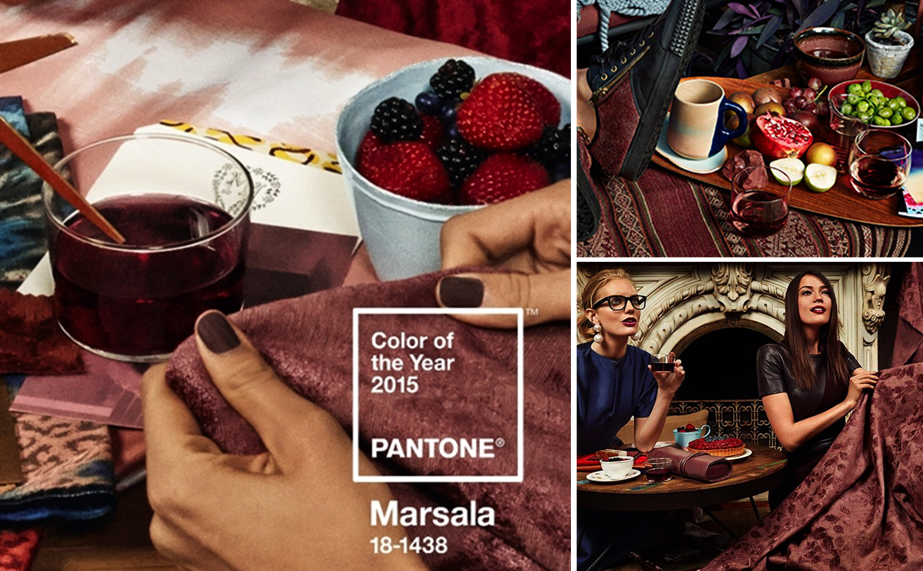 On one of our trend spotting and monitoring explorations, we came across the controversy over the color of the year. As mysterious as the papal conclave, Pantone hosts a twice a year secretive meeting for color professionals from the around the world. Color professionals present their cases and argue for the color of the year, debating which color is suited to represent the zeitgeist for 2015. Their choice was Marsala.

Marsala conjures up all kinds of images from delicious meals to the Italian Coastline. But when presented publicly as the 2015 color of the year, the conversation took on a surprising turn. People from all over the internet voiced their opinions on Pantone’s 2015 color choice.

We put the power of STREAM Research and our analytical skills to work to examine the variety of strong opinions and emotions towards the Pantone color Marsala. Our findings uncovered why there are so many strong feelings towards the finalist.

We found a poll conducted by Houzz, an interior design and remodeling source with an audience of millions, asking their massive crowd of design enthusiasts, homeowners, and home improvement professionals to express their opinions on Marsala. The Houzz audience offered a myriad of opinions in their comments. After our thorough analysis we scaled and classified the comments into categories.

Here’s what we found:

Not many people like it. L About 57% of the almost 340 people that responded to the Houzz Facebook post did not care for it…at all. This color choice really struck an unpleasant cord. The majority of responses ranged from “Ew, Yuck, Blah and Depressing” to just flat out “NO”. In addition to the ‘Ew, Yuck, Depressing…Just No’ group, an additional 11% thought it was so awful an analogy was mandatory and compared it to rigor mortis, vomit, a bruise, and #ChoppedLiverColor.

An interesting pattern emerged from these comments, where 13% thought this was just one big conspiracy and Marsala is actually just Mauve trying to make a comeback. The general consensus from these Mauve Conspiracy Theorists is, this color is a reflection of the 80’s, not 2015. A major finding from our research is that a lot of people had a really unpleasant time in the 80’s, and this so called “Marsala” color rehashed some bad memories, and seems to be one of the biggest reasons there is so much backlash.

You might be feeling a little sad for Marsala right now, but don’t worry, there are some lovers! About 9% of respondents were a tad more optimistic and thought it was not the worst color imaginable, just ‘Meh’. And 10% really like it! A little less than 40 people ‘Love it!’ and thought it was a great representation for 2015.

After reviewing several other design sources, we found the opinions from these sources were similar to those opinions from Houzz. In some cases, designers voiced extreme dislike of Marsala. While other designers, said they did not entirely dislike Marsala, but remarked that it holds well as an accent color.

Impressions from other sources:

“I’m intrigued in that it’s nearly the opposite of what I would have expected, but at the same time it feels like a choice that would have been made a decade ago, when a somewhat earthier palette was more en vogue.” - Mick Malisic, Founder, Polstir Media.

“I think I like its blend of natural and rich tones, but at the same time I’d be concerned that certain applications may produce a muddy or bland appearance.” - Adam Ladd, Art Director, HOW.

“It’s nice to see a classic, rich shade make an appearance as color of the year. After several years of bolder, brighter shades, it’s refreshing to see the selection swing back to something more versatile. We see it pairing nicely with a wide range of colors.” Amy Pastre, Founder/Designer, Stitch Design Co. Source: How

"I have to say, it reminds me a little bit of the mauve color that was so popular in the early '80s," says longtime Lowcountry interior designer Margaret Donaldson, ASID, of Margaret Donaldson Interiors. "This color appears to be a little deeper and richer, which makes it a bit more redeeming, but not much." - The Post and Courier.

"I'm already seeing it, and what's interesting to me about it is looking at it as a base for other things to jump off of," she says. "I like that it's a color you can't really put your finger on. It's not a burgundy, it's not brown." said Trudie Krawcheck. - The Post and Courier.

“While some found the color's rich burgundy tones royal and sophisticated, many pointed instead to the color’s evocation of various reddish brown processes. Think rust, the grimy, gag-inducing type that lines corners or frat boy dormitory-style bathrooms. Or blood, the freaky dried kind whose iron content has been exposed to the air long enough to evoke a dull brick.” – Tanya Basu, The Atlantic.

Even though Pantone uses a careful method for choosing colors for 2015, and no matter how well they presented Marsala as a color with natural earth tones, the color trend-setters may have chosen a color that universally evokes negative impressions and is reminiscent of the past most designers would care to forget.

It will be interesting to see if Marsala takes a foothold in modern appliances, clothing, makeup, websites and maybe even mobile devices as previous Pantone colors have. Stay tuned as we follow and comment on Marsala’s journey.